By Volunteer Houston on January 6, 2017 in Motivational Stories

Sometimes it can be hard to truly know the difference you make in the lives of others, or in the world.  If you look up to the stars, you may feel very small knowing that there is so much more out there.  Just like in the Classic Holiday film It’s A Wonderful Life, sometimes we need a reminder of how many lives we touch and the difference we make for the time we are here.

The novel, Extremely Loud and Incredibly Close by Jonathan Safran Foer is an amazing story. One passage, in particular, contains an important reminder of the impact we have on everything around us. Keep this in mind the next time you feel like you are just a small drop in the ocean. 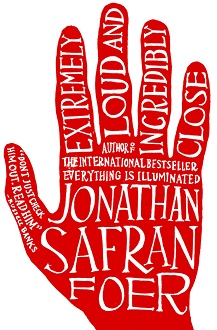 “When Dad was tucking me in that night, and we were talking about the book, I asked if he could think of a solution to that problem.

“The problem of how relatively insignificant we are.”

He said, “Well, what would happen if a plane dropped you in the middle of the Sahara Desert and you picked up a single grain of sand with tweezers and moved it one millimeter?”

He said, “I just mean right then, when you moved that single grain of sand.  What would that mean?”

He said, “think about it.”  I thought about it.  “I guess I would have moved a grain of sand.”

“Which would mean I moved a grain of sand?”

“Which would mean you changed the Sahara.”

“So? So the Sahara is a vast desert.  And it has existed for million of years.  And you changed it!”

“Well, I’m not talking about moving that one grain of sand one millimeter.”

“If you hadn’t done it, human history would have been one way…”

I stood on the bed, pointed my fingers at the fake stars, and screamed:  “I changed the course of human history!”

“I changed the universe!”

Read this incredibly inspirational book to feel more connected to what’s around you. The beautifully written novel tells the story of a gifted 11-year-old boy who is trying to deal with the loss of his father at World Trade Center due to the September 11 tragedy. He attempts to solve a mystery and make sense of things left behind by his father to prolong the contact and make sense of his death. During this mystery, he begins to heal and realize that he is important and can make a difference in the world around him.

Strong stories like this can remind you of how much you mean, and the difference you can make in the world just by being you!  You are important, your footprints are important, don’t ever forget it.

Keep Mercer Beautiful and Be a Garden Volunteer
Donation Town: Helping You Give Back to Those in Need