By Volunteer Houston on November 8, 2014 in Acts of Charity 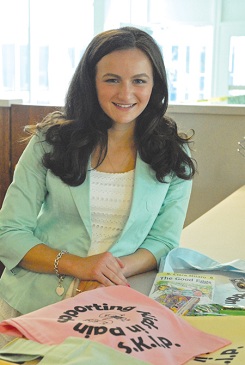 For sick kids around the country, staying in a hospital can feel cold and lonely.  One wonderful young woman in Detroit is trying to change that by bringing these kids care packages full of toys, new clothes and stuffed animals to make them feel more at home.

According to Source Newspaper, Sarah Maisano, who is now 15 years old, got her start volunteering with her mother at a local nursing home where she helped with bingo as the residents grew very fond of her. After that experience, Sarah began to think about other ways in which she could have a meaningful impact on the lives around her, and she chose to change the theme of her annual Christmas party, making it a fundraiser for sick kids. Her guests were asked to bring gifts that could be donated to St. Jude’s Children’s Research Hospital instead of gifts for each other.

The party was a hit! They even got together to decorate tubes that contained letters of encouragement and well wishes, including a YouTube video for all of the children to watch while they stayed in the hospital. After a second fundraising party the following year, Sarah and her mother then decided to go full time with her care packages and good deeds. Wanting to put the care packages in something nicer than a cardboard box, the ladies came up with the idea to hand make their own tote bags.

Upon realizing that companies needed the proper paperwork in order to give her monetary donations, Sarah who was 13 years old at the time, decided to apply for a 501(c)(3).  With the help of her mother and cousin, and the use of her own personal savings for the $1,000 fee, she was approved and her non-profit organization S.K.I.P. “Supporting Kids in Pain” became a reality.  The charity now works with the Children’s Hospital of Michigan Foundation and Sarah continues to do the annual gift parties for St. Jude’s, but Sarah’s goals are even bigger. She wants SKIP to give care baskets to kids in all 50 states, and she’s already done 5 states so far.

The non-profit already has a few helpers, all of whom are under the age of 14 because Sarah’s goal is to have children as the helpers. It is really inspiring to see kids going out of their way to brighten another child’s day and do something so selfless.  Best wishes to Sarah and the kids of SKIP, good luck on their 50 state goal!