This past week while the MLB All Star Game was taking place, there was another all star game going on at Minute Maid Park. Houston resident and baseball star Roger Clemens hosted the Rocket Man Celebrity Slam softball game, which raised funds for his charities, including the Roger Clemens Foundation, as well as other military and children’s charities. 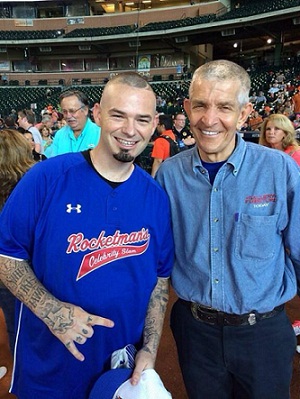 While the event was taking place, the MLB All-Star was playing on the big screen so everyone could watch their favorite big leaguer’s including Houston Astros second baseman Jose Altuve. The proceeds are on their way to benefit many organizations that impact so many lives and we are glad that everyone had such a great time! Did you get a chance to attend the game?

Share Your Compassion with Houston Hospice This Summer!
TALA to Give Free Legal Advice to Houston Artists!