By Volunteer Houston on April 4, 2014 in Acts of Charity

During March Madness, basketball fans see incredible players attempt to beat the odds and become champions. However, there’s an athlete who’s already a hero to one eight-year-old girl fighting a rare nerve cancer.

Michigan State senior Adreian Payne met Lacey Holsworth two years ago when the Spartan’s visited a local hospital. Since then, the two have become friends and the Holsworth’s frequently attended Adreian’s games.

“She’s incredible with everything she’s gone through. [Doctors] told her she wouldn’t walk again. But she did,” says Payne in a Free Press interview. “She’s just an incredible fighter. And if I can bring her a little bit of happiness to help her forget everything for a little while, then that’s what I want to do.” 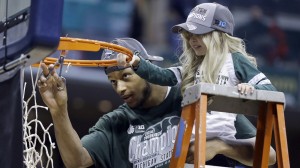 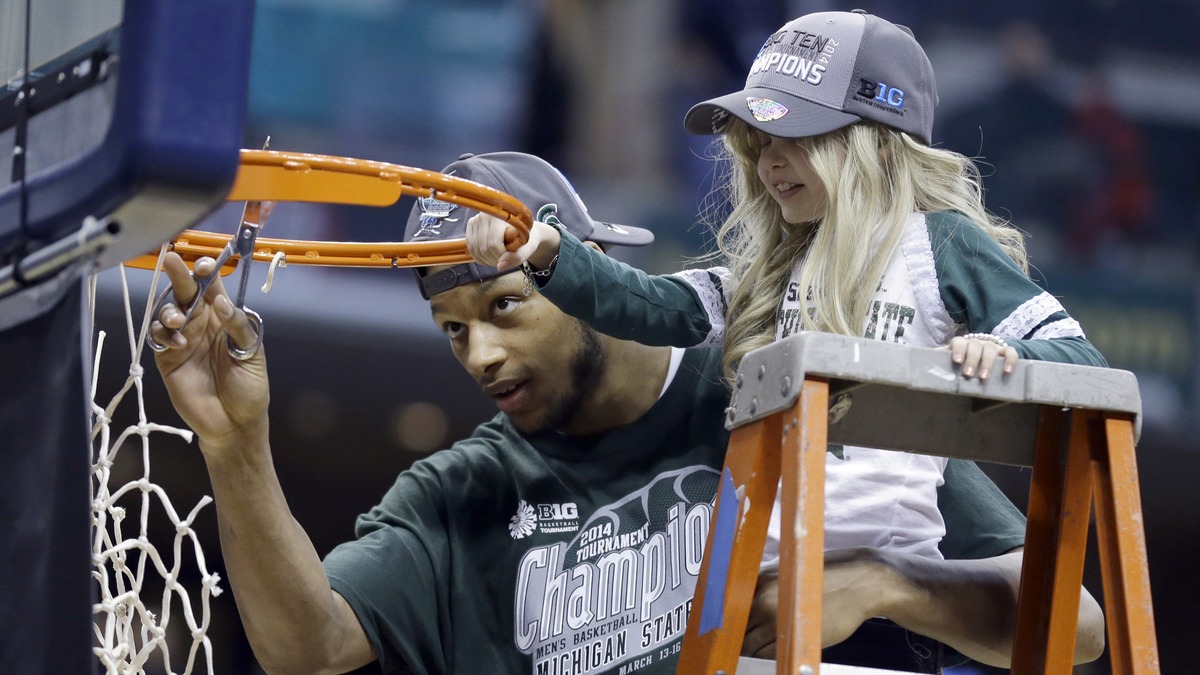 And he’s continued that promise; Laney and his father were his two escorts on the court during his Senior Night ceremony. She was also by his side as he cut down the winning net during the Big Ten Conference tournament.

After Michigan State’s first March Madness win, Lacey’s mother tweeted that while Lacey wasn’t feeling well, she was cheering on her brother, Adreian all the way. In the following week, college basketball sport commenter, Jay Bilas, started following on Lacey’s account on twitter and encouraged others to do the same, she was his first follow.

Since then, Lacey’s story has spread and fellow Michigan State fan Jeff Martin even started a donation campaign on the site GiveForward, and gave the first $100 to help the Holsworth family with medical expenses. As of today, the campaign has raised $70,000, almost $5,000 away from its goal!

Lacey and Adreian have become unlikely friends who’ve changed each others lives forever.

Updated April 9, 2014 10:23 am : On April 8, 2014, Lacey Holsworth passed away surrounded by her family and is now surrounded by angels. She will be greatly missed and always remain an inspiration to many. Her ability to love unconditionally and without hesitation is something that we can all apply to our lives. We will keep her family and Adreian Payne in our prayers. Her bravery and strength will not be forgotten.

Get Moving For The 2014 NAMIWalk Greater Houston Event!
The 2014 MDA Muscle Walk Needs Your Support!