By Volunteer Houston on August 6, 2015 in Charitable Fun

What would it mean to you to know that every dollar you spend for a great night with friends is going to charity?

OKRA Charity Saloon (Organized Kollaborative on Restaurant Affairs) is a recent addition to the Houston downtown bar scene that is funded entirely by charitable donations and in turn, donates all of its proceeds to a charity chosen by the patrons themselves. Offering a stunning menu of craft cocktails and small bites served up by heavy hitters in the Houston food and drink scene, this bar is a fantastic spot to meet with friends and have a good time, all while donating to a good cause. 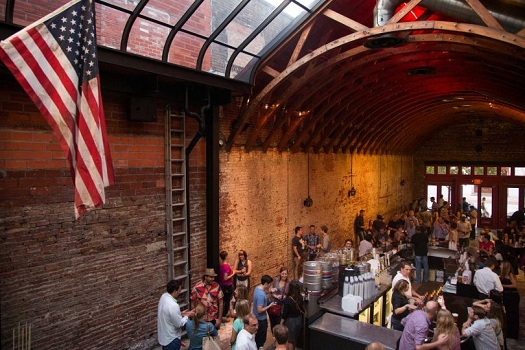 Located at 924 Congress Street, the space of OKRA itself has a warm, inviting atmosphere, with its bare brick walls, rustic wood interior and many original architectural elements. Amazingly, the bar is actually located in a historic downtown building that began as the Original Casino Saloon in 1882 that was shut down when Prohibition began.  The bar is set directly in the middle stretching all the way back to the stairs and loft seating area under the skylights.

When you order a drink at OKRA you are given a ticket to vote for a cause with at one of the vintage style voting booths on the side of the bar. Four different charities are spotlighted for each month and are competing for votes amongst the patrons. At the end of the month, the charity with the most votes is awarded 100% of the proceeds from all of OKRA’s sales. 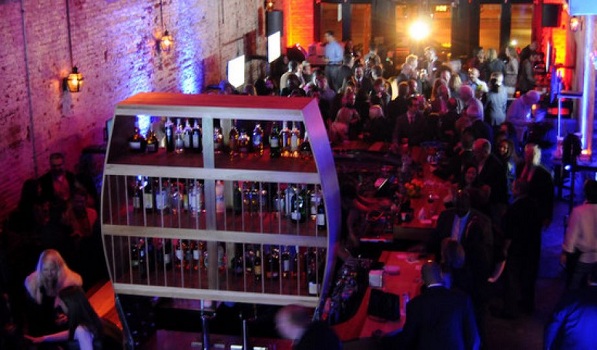 Previous recipients of OKRA’s monthly donations include: LIFE Houston, Houston Children’s Charity, Texas Center for the Missing, Aid to Victims of Domestic Violence, Houston K-9 Unit and YES Prep. To date, OKRA has raised a total of $573,524 and counting for charity!

You can visit OKRA’s website at friedokra.org to either support OKRA directly, apply for your charity to be considered for the next month, or check out the calendar of special events and happy hours they have going on.  Open every day from 4 pm-2a m, make sure you try out the fantastic food and craft cocktails with a mission served at this historic downtown location.

2 Responses to Dine at OKRA, Cocktails for a Cause