By Volunteer Houston on January 8, 2015 in Motivational Stories 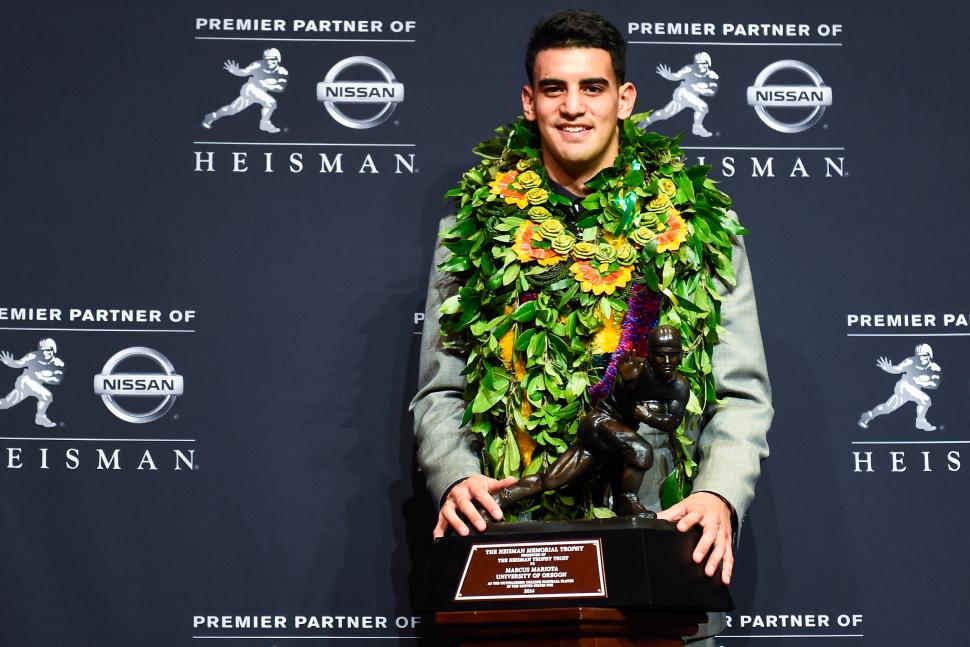 If you aren’t a fan of the Oregon Ducks, you may not know Marcus Mariota. While he’s not a household name in football, he’s about to become one.

According to ESPN, Mariota recently took home the 2014 Heisman Trophy, making him the first Oregon player to receive it, as well as the first Hawaiian native to win the prestigious award. He defeated the other two finalists with over 90% of the possible points – the second-most since Troy Smith’s win in 2006.

Marcus Mariota came from a humble background in his native city of Honolulu, known for its tourism and beauty. Choosing to wear traditional leis, one Hawaiian and one Samoan, he made his upbringing and heritage a major part of his acceptance of the trophy. “It’s a pride thing for people of Hawaii,” he said. “I’m thankful to be from there and it’s a blessing. … In Hawaii, if one person is successful, the entire state is successful. To be a part of that, it’s so special. It’s hard to explain,” he stated.

Starting out as a red shirt freshman for Oregon, his rise in football was slow and steady. He wasn’t even a candidate his first two years, even though he put up stellar numbers and led the Ducks to 12-1 and 11-2 winning seasons. While Johnny Manziel was hefting the Heisman over his head, Mariota waited patiently, knowing it would be his turn soon. No dramatic antics from this quiet player, who disdains talking about himself. He shook the hands of his competitors and other Heisman winners before taking the stage to deliver his hearfelt speech.

We wish him all the best in his future football endeavors, and hope that he serves as an inspiration to the children of Hawaii and other Polynesian athletes that they too can accomplish their goals with hard work and determination. Not only that, but he serves as a fantastic inspiration and leader for the Oregon Ducks, as their first Heisman winner, and the backbone of their amazing team.