By Volunteer Houston on March 14, 2015 in Motivational Stories 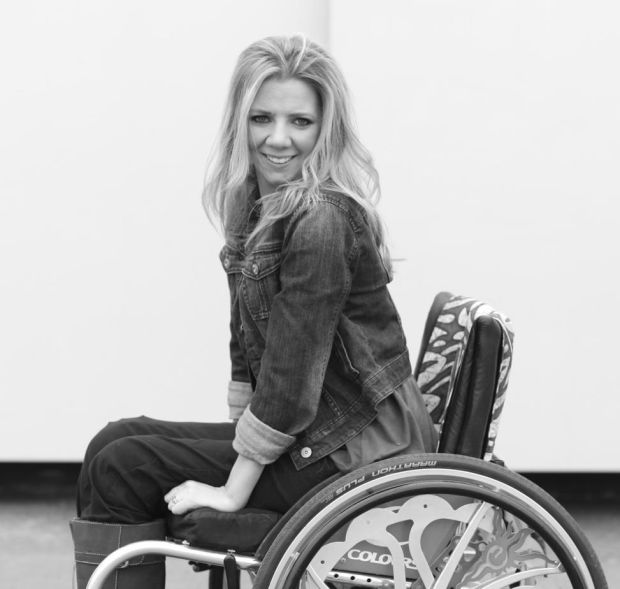 Rachelle Friedman was so excited to celebrate the next chapter of her life. Her wedding was just weeks away, and she was having a great time with all of her girlfriends at her bachelorette party when a tragic accident changed her plans.

All it took was a playful push from a friend into the pool, causing Rachelle to break her neck, leaving her unable to feel anything below her neck due to the severe spinal cord injury.

According to The Huffington Post, and to the surprise of many people around the world, Rachelle decided not to focus on blaming the friend. All the women in attendance to the bachelorette party vowed to not to name the person who pushed Rachelle as they knew that the accident was just as devastating to their friend, and the roles could have easily been reversed.

Instead, Rachelle decided to go to the media and talk about how she wasn’t different, how she was still capable of fully living even after a life-altering disability hit her. Over the years, Rachelle has gone out of her way to be an advocate for others who have experienced spinal cord injuries and are left with limited mobility.

She recently penned an article for XOJane in which she shared her experience  regarding posing for PhotoAbility, a site that is determined to make those with disabilities leading normal, happy lives, more readily available for stock photos.

Most people don’t even realize that we don’t often see models with disabilities, or in wheelchairs, as a part of the advertisements we are inundated with daily. PhotoAbility uses only disabled models and aims to offer their photos up in competition with other stock image sites in order to gain visibility for those with disabilities. 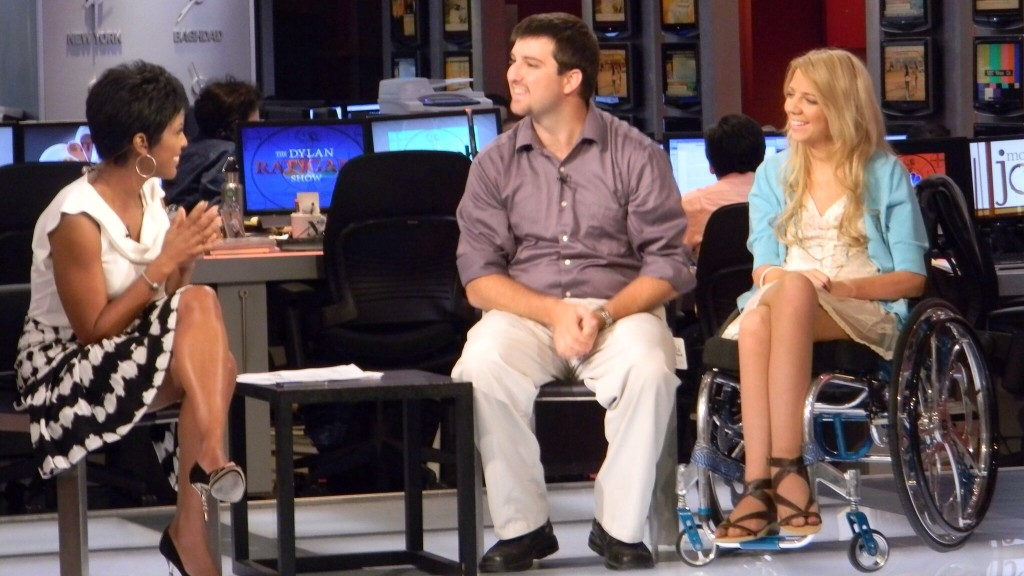 Rachelle and her husband, Chris are changing the face of severe spinal cord injuries and disability.  When her story first broke, Rachelle shared that more people were applauding her husband for sticking by her side, even though that was his commitment to her when they first became engaged.  The way he sees it, the thought was not “What am I going to do now?”, it was “What are WE going to do now?”.  By opening up about all of their feelings, their struggles, and the fact that not much has changed outside of her mobility, the couple has become role models for a community that doesn’t get the respect and support it truly deserves.

People Magazine tells us that with the help of a surrogate, the couple is on their way to parenthood, an exciting journey that Rachelle believe she is fully capable of enjoying, pointing out to naysayers that she is just as able to care for her child as many others, and that Chris will be by her side to help with every step of the way.

Rachelle is definitely a testament to the power that a positive attitude, supportive family, and compassionate friends can have on your life.  She didn’t choose to hate her friend, she didn’t choose to vilify her in the media, instead she decided to own her accident and is using it to turn lives around and change the way people view others with disabilities and warn others about the dangerous of the common behavior of pushing others in the pool.

Learn more about Rachelle’s story in her book, “The Promise,” which can be purchased directly from Amazon.

Make a Difference with House of Tiny Treasures
Tab for a Cause: Give Back While You Browse